(1) building construction by general contractors or by operative builders

Building construction general contractors are primarily engaged in the construction of dwellings, office buildings, stores, farm buildings, and other building construction projects. Operative builders who build on their own account for resale are also included in this division. However, investment builders who build structures on their own account for rental are classified in Real Estate,SIC Code - 65, but separate establishments primarily engaged in construction for the investment builder are classified in this division.

Other special trade contractors undertake activities of a type that are either specialized to building construction or may be undertaken for building or non-building projects. These activities include painting (including bridge painting and traffic lane painting) and electrical work (including work on bridges, power lines and power plants).

The installation of prefabricated building equipment and materials by general and special trade contractors is classified in this division. Similar installation work performed as a service incidental to sale by employees of an establishment manufacturing or selling prefabricated equipment and materials is classified according to the primary activity in the Manufacturing or Trade Divisions.

On this basis, separate establishments primarily engaged in the sale and installation of the following illustrative types of structures or integral parts of structures generally site assembled, are classified in construction rather than in trade:

a. Steel work on bridges or buildings

b. Elevators and escalators

On the other hand, establishments primarily engaged in the sale and installation of the following illustrative types of preassembled equipment are classified in trade rather than in construction:

a. Major household appliances, such as refrigerators, dishwashers, clothes washers and dryers, stoves and ranges

b. Partitions for banks, stores, and restaurants

Example photo for industry SIC 15-17 - Construction. This image represents an activity or product found in this industry. 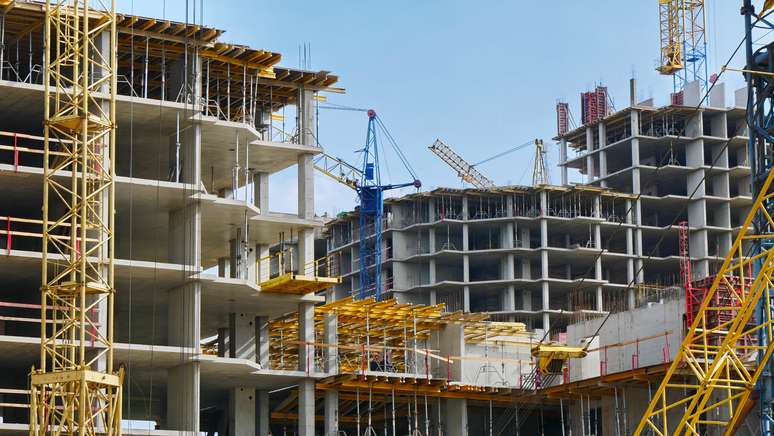 For some business types, there may be a similar industry to SIC Code 15-17 - Construction that is a better classification match.

Establishments primarily engaged in the distribution and construction or installation of equipment often present classification problems. Since value added is not available for distinguishing the relative importance of sales versus installation or construction activities, payroll or employment may be used as measures yielding approximately the same results.

Establishments primarily engaged in the sale and installation of the following illustrative types of preassembled equipment are classified in Trade rather than in Construction: A. major household appliances, such as refrigerators, dishwashers, clothes washers and dryers, stoves and ranges; and B. partitions for banks, stores, and restaurants.

SICCODE.com compiles comprehensive business data and executive contact leads for businesses within SIC Code 15-17 - Construction. Some of the leading and most notable companies are listed below. To order a list of companies within SIC Code 15-17 - Construction for marketing (postal mailing, telemarketing, emailing) or analytics-use, click on the link below to “Buy Business List”. Our data analysts are standing by to assist in your list setup and target marketing.

Would you like to email executives in SIC Code 15-17 - Construction? Below are some of the common job titles available to be targeted.