What is a UK SIC Code?

A Standard Industrial Classification (SIC) was first introduced into the UK in 1948 for use in classifying business establishments and other statistical units by the type of economic activity in which they are engaged. The classification provides a framework for the collection, tabulation, presentation and analysis of data, and its use promotes uniformity. In addition, it can be used for administrative purposes and by non-government bodies as a convenient way of classifying industrial activities into a common structure.

How to Read a UK SIC Code

The UK SIC is based exactly on NACE but, where it was thought necessary or helpful, a fifth digit has been added to form subclasses of the NACE four digit classes. Thus, the UK SIC is a hierarchical five digit system. UK SIC is divided into 21 sections, each denoted by a single letter from A to U. The letters of the sections can be uniquely defined by the next breakdown, the divisions (denoted by two digits). The divisions are then broken down into groups (three digits), then into classes (four digits) and, in several cases, again into subclasses (five digits). 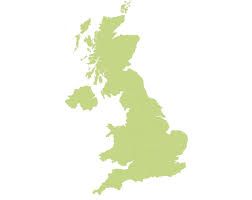 The 1997 and 2003 changes were not full-scale revisions but responses to user demand for additional detail at the subclass level together with some minor renumbering and revisions. This latest publication is a major revision reflecting contemporaneous changes in NACE. The need for change equally affects all international classifications and they are revised from time-to-time to bring them up to date. On 9 October 1990 the European Council of Ministers passed a regulation to introduce a new statistical classification of economic activities in the European Communities (NACE Rev. 1). In January 2003, a minor revision of NACE Rev. 1, NACE Rev. 1.1, was published followed by a major revision, NACE Rev. 2, effective from 1 January 2008.

What are the UK SIC Codes used for?

Why are UK SIC Codes important?